Since 1891, Puget Sound Naval Shipyard and Intermediate Maintenance Facility (PSNS & IMF) has built and supported vital naval assets through two world wars and several conflicts, many technological changes, as well as fluctuations in our nation’s economy. Through adaptability, perseverance and devotion to duty, the facility has maintained its reputation as a provider of world-class service to all U.S. Navy vessels. 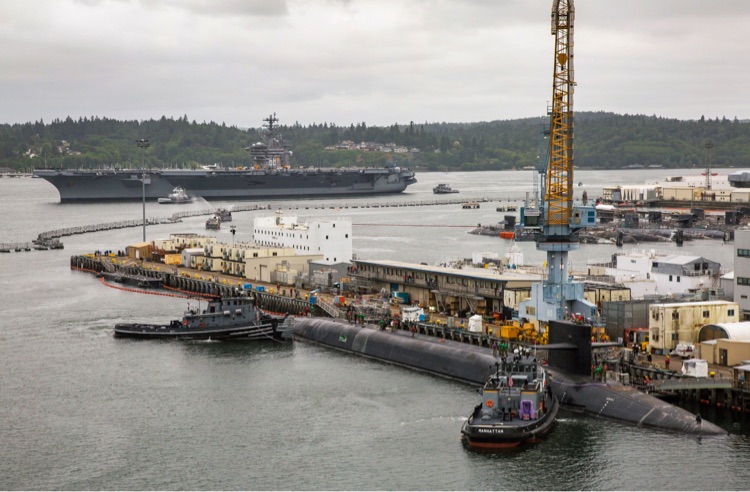 Much of the infrastructure at PSNS & IMF dates back to the late 1800s and early 1900s and it was primarily designed for building and maintaining ship classes that are no longer part of the modern naval fleet. Other than construction of Dry Dock 6 in the early 1960s, the shipyard has had few major infrastructure updates since the mid-1900s, which has led to significant production inefficiencies for maintaining current ships. The shipyard lacks the necessary capacity to accommodate new and future classes of ships.

Pursuant to the National Environmental Policy Act (NEPA) of 1969, the Navy is preparing an Environmental Impact Statement (EIS) to evaluate the potential environmental impacts of constructing a new dry dock and associated waterfront infrastructure improvements at PSNS & IMF. PSNS & IMF is located on Naval Base Kitsap – Bremerton in Washington state.

Specifically, the Navy’s Proposed Action is to:

PSNS & IMF is located at Naval Base Kitsap – Bremerton, which is located on the north side of Sinclair Inlet within the city of Bremerton in Kitsap County, Washington.

Purpose and Need for the Proposed Action

The purpose of the Proposed Action is to address critical deficiencies in dry dock capability, capacity, and seismic survivability at Naval Base Kitsap – Bremerton to enable PSNS & IMF to meet its mission to support the Navy’s fleet.

The Proposed Action is needed because:

A new dry dock and associated waterfront infrastructure improvements are necessary to provide the capacity and capability to meet the fleet’s future operational needs.

Under the No Action Alternative, the proposed multi-mission dry dock would not be constructed; Dry Dock 6 would not be upgraded to meet current seismic standards; and other component actions would not occur. The Navy would continue to maintain, repair, and operate existing facilities, but would continue to experience production inefficiencies due to the shipyard’s limited capacity and capabilities for servicing current and future ships.

Under Preliminary Alternative 2, the Navy would:

Under Preliminary Alternative 3, the Navy would: 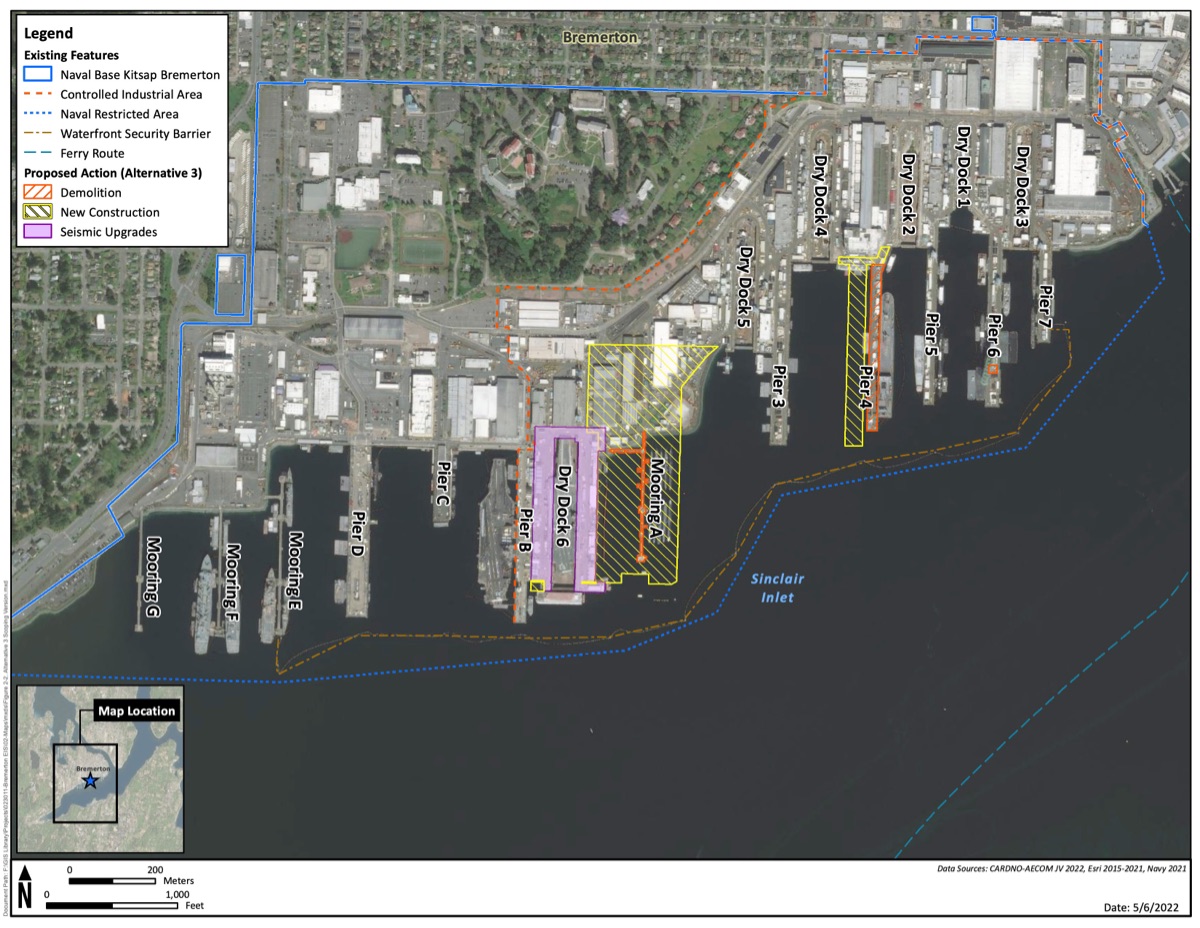 Resources to be Analyzed in the EIS